FA&Q
Q: Why the app doesn’t support record internal sound?
A: Android doesn’t public API to support 3rd party app so the MIC is the only way.

Q: Why the app can’t record a call, Whatapps, PUGB or other apps that use the MIC?
A: Two apps can’t use the MIC at the same time. It will conflict hardware so you need to turn off the feature “Record sound” in the settings this app.

[Main Feature]
+ Support multiple languages: English, French, Turkish, Spanish, Portuguese(Brazil), Italian…
+ Support save a video in SD Card or anything location which you want.
+ Record screen
+ Take screenshot
+ Support facecam (both front and back) while recording. You can double tap the preview to change.
+ Support Magic Button help stop, pause and show time record
+ Support pain to you can note by the way draw while recording
+ Trim video after finish recording or any video has format MP4 available on devices
+ Record sound of MIC when record screen video
+ Insert logo text, logo image
+ Support Day/Night theme
+ Support quick tiles (shortcuts for the notification panel) for Android 7.0 and greater

You can use quick tiles (screen recorder, capture screenshot)on the notification panel (From Android 7.0 and higher)

[Note]
+ For device running Android 6.0. You need must allow OVERLAY_PERMISSION and other permission

If you like, Screen Recorder app don’t forget rate five stars ★★★★★ or review. They are appreciated for me. Thank you so much

Help me translate into your language. Thanks
oskytui.oneskyapp.com/collaboration/project?id=165619

P/s: Communicate with me twitter.com/kimcy929 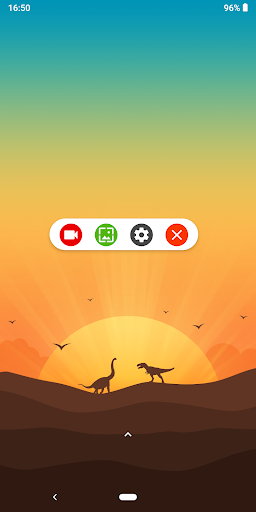 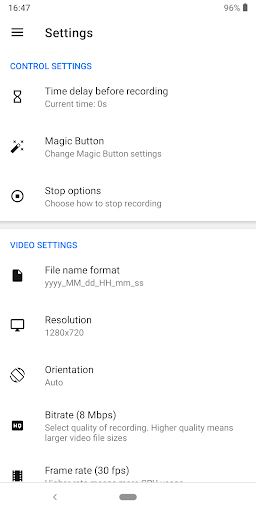 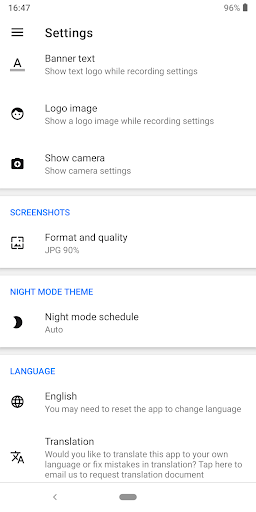 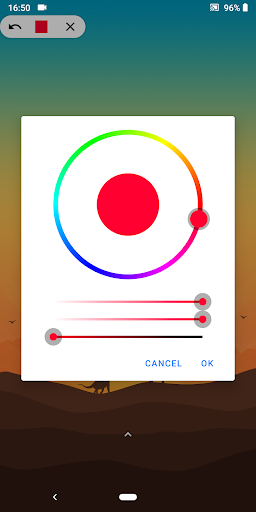 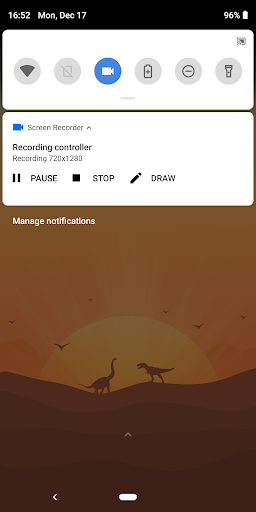